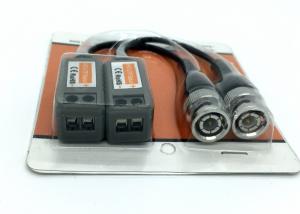 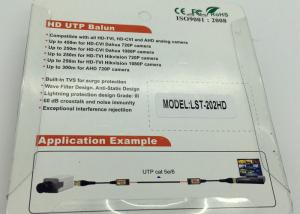 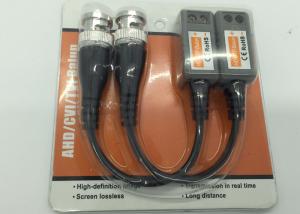 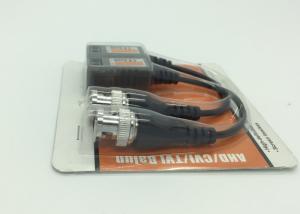 What does a CCTV balun do?

A video balun is a device used to adapt the type of connection to allow the use of UTP (Unshielded Twisted Pair) cable to transmit the signals from an analog camera. ... A pair of wires are used to connect the UTP cable to the balun and a BNC connector is used on the coaxial cable to connect to the other end of the balun

By using a video balun it is possible to replace the traditional coaxial cable such as RG59 or RG11 and CAT5 cables to transmit the video over long distances. 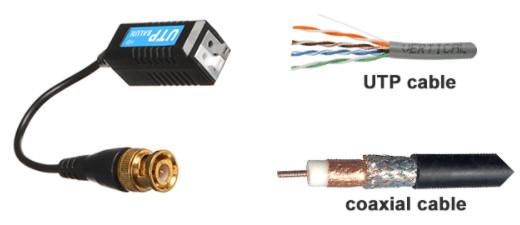 The pictures shows the types of cables used with a balun for CCTV.

A pair of wires are used to connect the UTP cable to the balun and a BNC connector is used on the coaxial cable to connect to the other end of the balun.

The balun word originated from the terms balanced/ unbalanced because it can convert an unbalanced signal to balanced.

With balanced signals, it is possible to transmit the signal further away because it is less susceptible to external interference.

Baluns are popular because most of the regular ones are cheap and can use Cat5e and Cat6 UTP cables to increase the camera`s installation distance.

Of course, there are different types of baluns for CCTV that vary in quality and price, so it is important to be aware that low-quality baluns can compromise the entire surveillance project with images that are not good enough.

What are types of baluns for CCTV?

The baluns that do not require power to qork and don`t boost the signals are called passive and are used just to convert the signals to run on the cat5e or cat6 cables. The following picture are shows some passive baluns used on a CCTV installation. 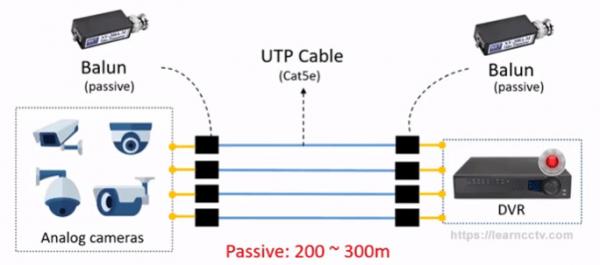 As you can see, there`s one pair of passive balun per camera.

With passive balun, it is possible to run cables for around 200- 300m depending on the type of analog signal and the quality of the cable and balun that is used.

Active baluns use power to boost the signal and improve the distance the Cat5e cable runs by helping to minimized the external interference.

Depending on the type of active baluns and cable that are used on the installation it is possible to install the cameras aroud 1200m away from the recorder. 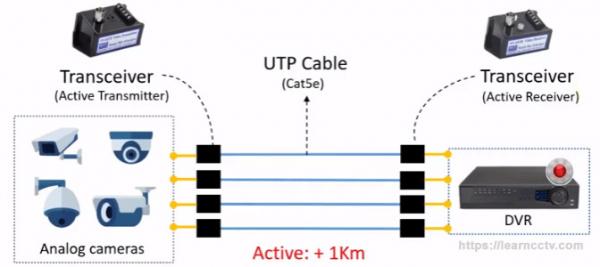 As you can see, the active baluns(as know as transceivers) are installed on each side of the cable and are powered to boost the analog signals from the cameras.

Before choosing a balun for CCTV make sure it meets the requirements for the distance you need to install the cameras.

It is possible to send video and power to the camera using the same Cat5e cable by using a video power balun thus reducing the costs of running extra cables.

Such type of a balun requires that an RJ-45 connector is crimped to each end of the car5e cables as shown in the following picture.

When an analog PTZ(Pan Tilt Zoom) camera is used in the surveillance project, it is necessary to run video, power and data ober cat5e cables that is the reason a video power and data balun is helpful.

By using such a device the camera can be powered, transmit the video signals and also receive a command from a DVR(Digital Video Recorder) or an analog joystick.

What is the difference between active and passive video balun?

The passive balun is non-powered and just converts the unbalanced to balanced signals so it is possible to transmit the camera analog signals over the CAT5E cable.

Active balun is powered and can convert and boost the unbalanced signal to balanced signals and transmit it to long distances over the Cat5e cable.

Thank you! Your message has been sent to the following suppliers.